If the painted ornamental fence surrounding your home has rust spots on its surface, remove them with the following steps. After finishing, add a couple coats of rust-inhibiting primer and paint to the fence's surface to protect it from additional damage down the road

Move an emery cloth back and forth over each rust spot. Consistent pressure needs to be placed to the back of the cloth to assist with loosening the rust. If any rust spots are large and you aren't able to remove them solely with the cloth, apply naval jelly to them with a paint brush. Naval jelly is a product that will assist with dissolving the rust. Leave the naval jelly on the fence's surface for several minutes before sanding the rust spots.

Once all of the rust has been removed, clean the fence with a scrub brush that has been dipped into a bucket of soapy water. Rinse the fence off well and allow plenty of time for it to dry.

Cover grass or dirt next to the fence with plastic sheeting. Cover any trim on the fence that you do not want exposed to primer and paint with strips of masking tape. Fill a paint gun's paint chamber with rust-inhibiting primer. Plug in the gun and squeeze the trigger to release the primer.

Begin at one end of the fence and apply the primer to one side of it as evenly as possible by moving the gun up and down as the primer is released from the nozzle. Move the gun along the length of the fence until it is covered completely.

Move to the other side of the fence and add a coat of primer in the same manner. Give the primer a few hours to dry. Rinse the paint gun's chamber out well with a water hose before adding rust-inhibiting paint to it. Apply the paint to the fence using the same steps that you previously did. After the first coat of paint dries, add a second coat to ensure that the fence's iron surface is covered completely. Remove strips of tape from the trim on the fence once the paint dries. The fence will look newer and won't be susceptible to rust any longer. You can click here for more info on iron fencing. 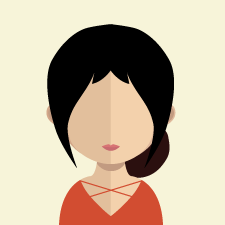 Not too long ago, I realized that I really needed to do something to enclose our yard. We were having almost constant problems with animals getting into our yard, and they were always destroying all of our landscaping and flowers. I decided that it might be smart to see about having a fence installed, and so I started shopping around. A friend of ours recommended a contractor, and they did an incredible job. We ended up going with a white picket fence with ornate finials, and it really added a touch of elegance to our yard. This blog talks all about fencing so that you can make an educated decision.

Cedar wood fencing allows you to have a beautiful, …

Whether your business is big or small, investing i …

Read More
Why Paint Your Wooden Fence Beyond Aesthetics?
1 December 2020

If you want to make your wooden fence last longer, …

Have a desire to build a fence around your yard, b …

If you are planning on installing a new picket fen …